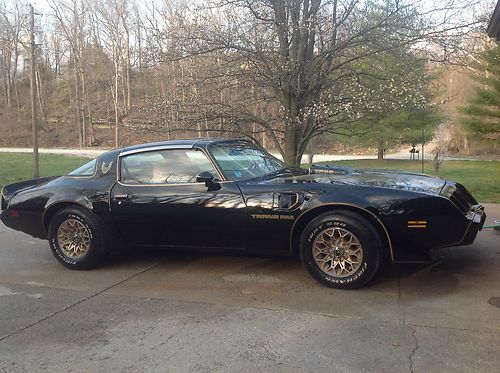 I am selling my 1979 y84 special edition trans am. It has 104700 original miles. It is a ttop car and they do not leak. Car will come with covers for them. It is equipped with a 6.6 liter 403 Oldsmobile L80 engine. The car is not mint but very nice. It has new paint, stickers,tires,wheels, and interior. It has an automatic transmission.

Absolutely no trades.
If you have any other questions my feel free to call or text me!
My number is 573-270-5062
Thanks for looking!!