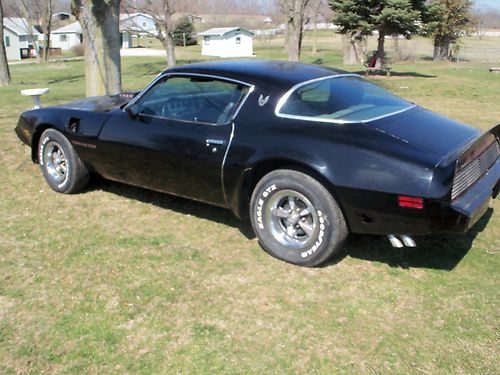 Up for auction is a Rare1979 Trans am 400 4 spd  car. Numbers matching engine and transmission. Last yr for the 400. Drivetrian has been completly gone through and rebuilt. very solid body with very little rust floors and trunk are super nice. This car runs and drives Great. 500.00 deposit due in 24 hrs car must be paid for withen 7 days pay pal only for deposit. It is for sale local . Contact Tim 765 377 0022.