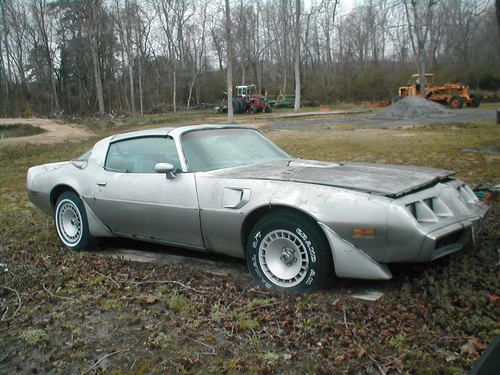 you are bidding on 1979 trans am 10th anverisary i am selling it for parts to someone restoring one like it will run and drive front driver floor rusted out there is a lot of parts to be used off it. the title was lost I will give abill of sale singed you can check the vin. the rims are worth more than the car.