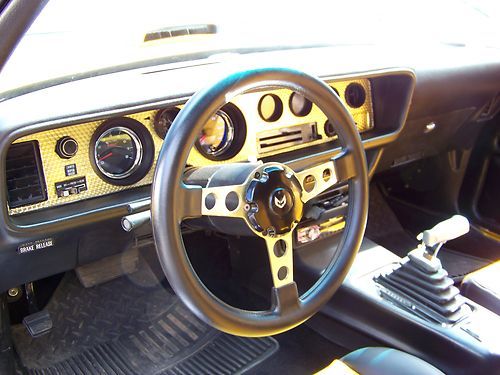 2005 LS2 400 HP, 400 Ft.lb Torque engine. Engine came from a salvage car with mileage in the high 30's. 4l65e automatic transmission.  3.73 gear posi rear end. 568 miles on car since rebuild.  Professionally restored but not a Barrett Jackson car.  It's an excellent driver and is in excellent shape.  It was restored over the past 3 years.  The seats were custom upholstered in ultra-leather with the firebird logo embroidered into the headrest area.  The car was completely disassembled.  New springs, bushings, body mount bushings, rotors, pads, lines too much to list but most of what could be replaced as new has been.  The wheels are original but sandblasted and powdercoated.  The car was in two car shows this summer with about 150 cars in each show and placed 1st in one and third in the other.  I only mention that to show that it's a nice car.  Everyone's opinion of nice is different.  Feel free to have someone inspect before the sale.  The car will be sold as is with no warranty and no returns as it will most likely have to be shipped.  Because the car is over 15 years old there is no title as Maine does not require it in a car over 15 years old.  I have more than the buy it now price in just parts and the original car purchase.