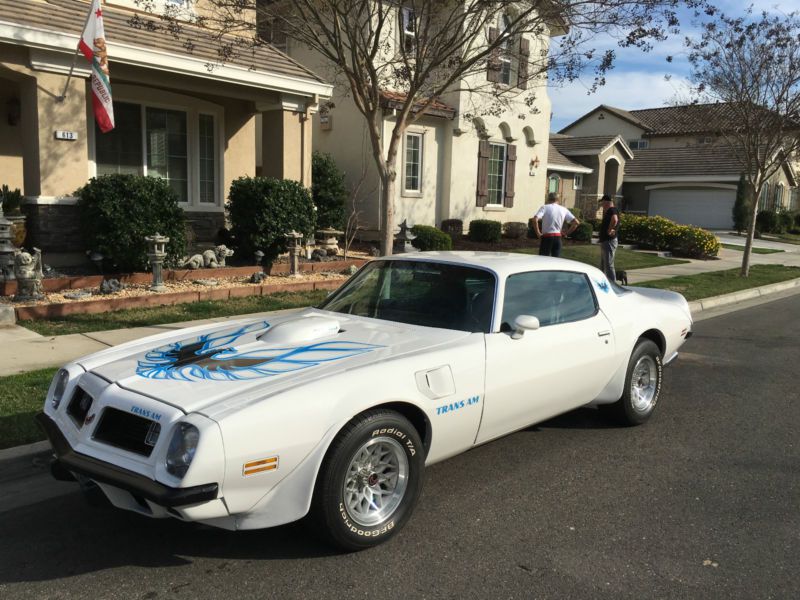 If you have any questions feel free to email: marthmjjaskolka@hairdressers.net .

1975 Pontiac Trans Am HO. 455 cu in, 4 speed manual transmission. This Trans Am is 1 of 857 built and one of the rarest Trans Am available. This is a numbers matching car and the engine was fully rebuilt at 42,000 miles. The car was restored 5 years ago, built and garaged in California. It's a beautiful car and drives exactly as it should. It has a Holley 900cfm carburetor.