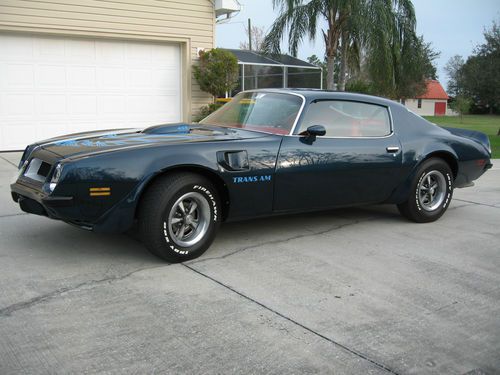 This is an exceptionally well restored car. Matching Numbers Engine.  Stunning Admirality Blue exterior with brilliant Red Interior.  Power Steering, Power Brakes, Air Condtioner (works very well), Radio/CD player.  This car drives like it did in 1974.  Believed to be 1 of only 2 - 1974 TransAm's built with this color combination.  Have several copies of the receipts for the restoration.  Owner before me had the car for 20 years.  The car was featured in the Pontiac Hi Performance Magazine May, 2010.  The featured article talks about the restoration process.  Several original parts such as intake manifold, grill, trim, etc.