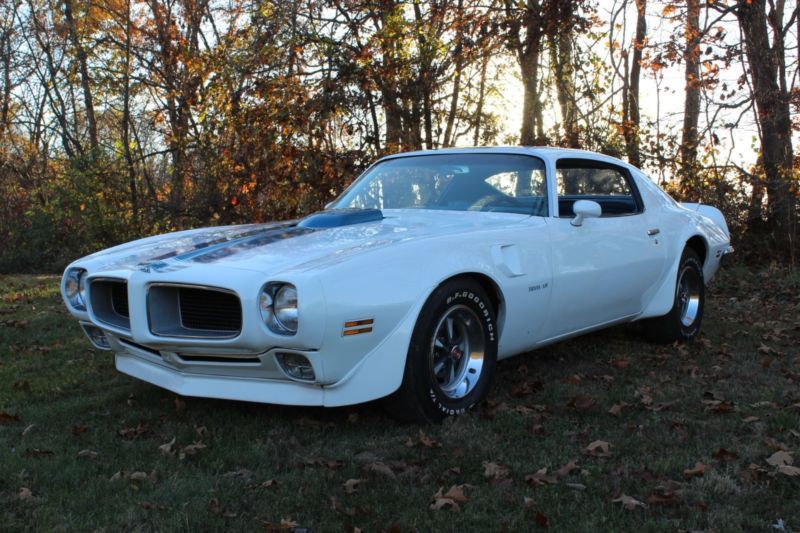 19701/2 Trans Am Ram Air III. Ram Air H.O. WS 400 345 HP motor(L74) with factory 4 speed with Hurst shifter. 12
bolt rear end with 3:73 gears. With just 39,863 documented original miles, this classic retains a whole lot of its
originality. Driven less than 500 miles since 1972 when it was added to a large car collection and sat undisturbed
until 2012. At this time the motor was rebuilt to factory specs due to sitting for almost 40 years. It also
received its first repaint in the correct Polar white then put back in storage. The car runs strong, shifts
smoothly and handles amazingly well for retaining all its original suspension/steering components, including the
factory spiral front shocks. The original open face alternator was rebuilt. Other than new pads, the brake system
has never been touched and the car brakes well.