Pontiac Solstice Coupe Base on 2040-cars 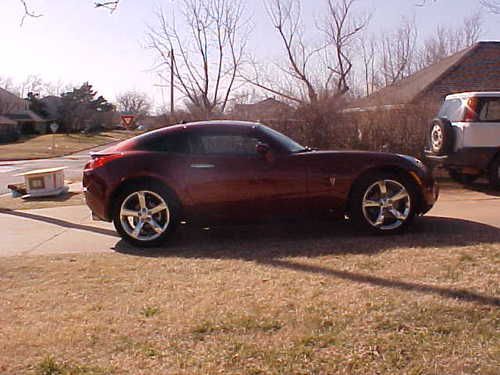 Only 1266 made, before GM pulled the plug on Pontiac. An extremely rare car. Increasing in value  ...call for details...near mint. superb!  The price is $27,500....Delivery available .LIFE IS SHORT.....BUY THE CAR !  I have searched the selling price on these coupes for the last year or so. I averaged the listed price of those I could find for sale, which is hard to find even one. Then I eliminated the highest priced one and the lowest priced one from the average and came up with a $34,600 average price. Mine is $27,500 with far fewer miles than those within the average.  A good investment auto !