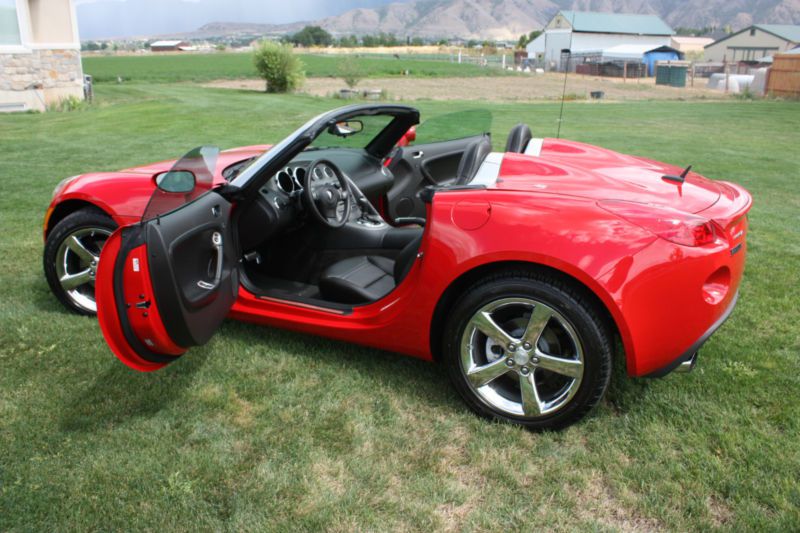 If you have any questions please email at: risarmmcgroarty@rangersfans.com .
Showroom Condition Solstice GXP
Original owner, always garage kept
That's right 1,800 miles! not 18,000 miles
This car is owned by a 75 year-old man who took the cover off the car for a short drive once a month. This vehicle
is in absolutely perfect showroom condition and is extremely fast and fun to drive. All maintenance has been kept
up to date. All original paint and parts, this is basically a new untouched car.
Turbo
Leather
Convertible
Factory installed performance chip kit
Power windows/locks
On Star
Thanks for looking! Please let me know if you have questions.