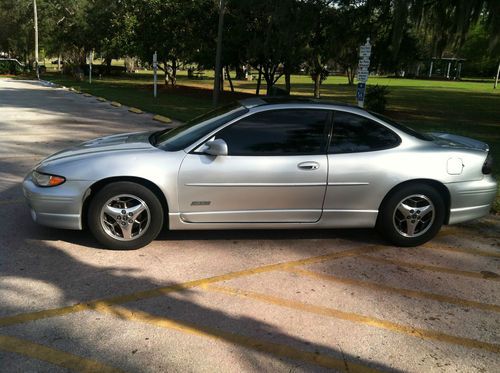 You are bidding on a very rare 2000 Pontiac Grand Prix GTP 2-door coupe 3.8L supercharged Daytona 500 special edition, only 2000 of these models were made!  this is a Florida car that has never seen salt or snow! no rust!
this car has 82,985 Miles and has been very well maintained. everything works great! factory Bose sound system! ice cold air. Local pick up only unless buyer arranges for their own shipping.  i have the right to end this auction early because i also have it listed locally, unless someone hits buy it now. thanks for looking!