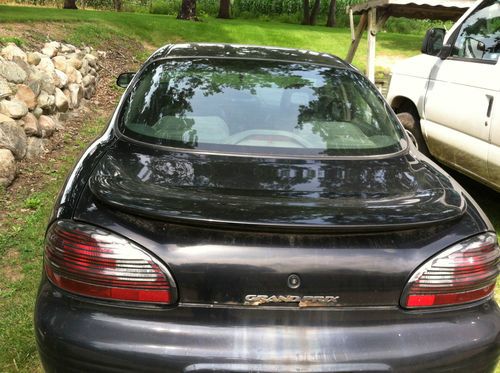 Condition: UsedA vehicle is considered used if it has been registered and issued a title. Used vehicles have had at least one previous owner. The condition of the exterior, interior and engine can vary depending on the vehicle's history. See the seller's listing for full details and description of any imperfections.Seller Notes:"1999 Grand prix GTP (Supercharged) 3800, Car is in Not so good shape and runs need shocks, tires and MAF sensor. Tires not to good and body. Windows work, Inside is in good shape. Heads up display works but the main console computer display for MPG has a lose connection. This car would be good for a parts car. Radio and electronics work well. Supercharger works well builds around 7 psi. Motor uses a little oil. Car has over 250k on it.Please contact me for ?"