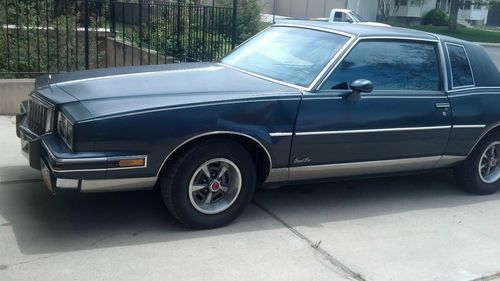 Bought new by Grandma in Plano, Texas, this car was like her baby and is clean, neat and treated with tlc.  Has been kept VERY nice. Runs great with a Rochester 4 barrel and V8 that's peppy from the starting line.  Pristine interior--exterior has a couple of ticks.  (Small dent on front left side as pictured)  Has had floor mats since day one.  It cleans up extremely well.  See pics.  Would never sell, but the other grandparents have 2 more cars they're offering.

Buyer is responsible for shipping or costs to deliver.
Feel free to contact me with any questions.
Happy bidding!