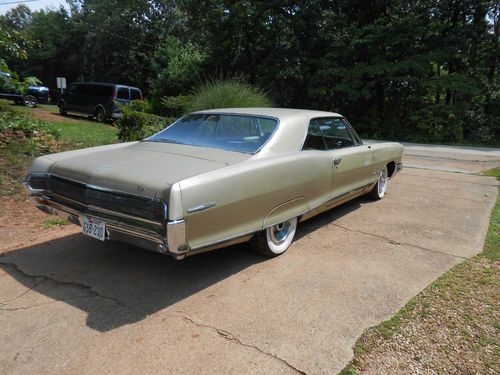 Condition: Used: A vehicle is considered used if it has been registered and issued a title. Used vehicles have had at least one previous owner. The condition of the exterior, interior and engine can vary depending on the vehicle's history. See the seller's listing for full details and description of any imperfections. ...
firstly, this car is LOCATED AT OUR SECOND HOME IN GREENVILLE SOUTH CAROLINA, ZIP 29609.
we tried to change the location so there would be no confusion but ebay will not let us change it for one auction, it would apply to all our auctions. we have more auctions of antique car parts going on, please check them out. in any event the car is in greenville SC and if you want a transport quote just ask as we know a guy who criss crosses the states constantly and has really good prices, we have used him several times.
please have the money on hand to pay for this car within three days of the auctions end. cash or a bank wire transfer are the only two forms of payment accepted. if you cannot comply with these very simple terms then simply do not bid. we will be glad to store the car for 30 days while you sort transportation out, providing car is paid for.
1965 PONTIAC GRAND PRIX SPORT COUPE. the floor pans and braces on this car are as solid as the day they were made! the car runs well and has new valve cover gaskets fitted and a tune up not too long ago. the transmission is rebuilt and a shift kit was put in it. the drive shaft was balanced cleaned and then painted. the factory air is all there but the drive belt is disconnected, the system will no doubt need to be checked and gone through.
the fender skirts are solid as a rock. the quarter panels are VERY straight and VERY solid, check the pix with the fender skirts off. the inner and outer rockers are solid as a rock also and the doors and trunk open and close perfectly, the hood hinge on the drivers side needs a little tweeking but it works ok. all the glass is excellent and all the windows go up and down fine, a little stiff in places but fine. the headliner is still in the car but starting to come apart. its original and i`m sure it could be saved. the dome light works when you open the doors. the area around the back glass is VERY solid. you can see some pitting in the two close up pictures but there is NO rust out. the inside lip of the trunk lid has some rust out but not much. the hood lip is very good though the hood nose has had a little bump in the distant past. the car has been stored inside since 1981! the paint is faded as you can see, the front bumper needs some straightening.
what needs attention: the car needs an exhaust, a new battery, a/c service/repair, brake rebuild, bottoms of front fenders repaired along with a little repair in the area where the fender skirt clips in. the trunk floor has been treated with an anti rust paint and for the most part the trunk floor is decent apart from some localized rust through, but its not much! there is a split seam on the drivers seat, see close up picture. the car has the REAR SPEAKER SELECTOR.
the interior is ALL original, thats right the carpets, seats, door panels, headliner and everything else is ALL ORIGINAL. the carpets need to be replaced along with the carpet on the bottoms of both doors. the dash pad has had it along with the parcel shelf cover. it needs a new ignition switch and trunk lock. the two rear caps are missing the spinners, see pix. the original jack and spare are with the car.
this is a really solid car and an excellent car to restore. clear title in hand and FULL PAYMENT IN THREE DAYS FROM AUCTIONS END. the ONLY methods of payment i will accept are CASH IN PERSON AT PICK UP, OR BANK WIRE TRANSFER.
ANY QUESTIONS CALL 864 616 6860 BEFORE 10 PM EASTERN TIME. this GP is a REALLY good car that has the makings of a GREAT car, we just hope that someone doe`s it real justice. thanks and good luck to y`all.