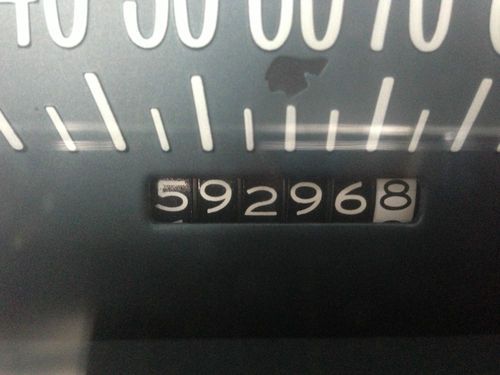 Condition: UsedA vehicle is considered used if it has been registered and issued a title. Used vehicles have had at least one previous owner. The condition of the exterior, interior and engine can vary depending on the vehicle's history. See the seller's listing for full details and description of any imperfections.Seller Notes:"This vehicle has some rust spots, and a small tear in the drivers seat. Headliner is in excellent condition!"

This is a very nice, very well kept 1963 Pontiac Grand Prix. Has ONLY 59,296 miles on it!! This vehicle is all original with the 389. There are a few rust areas, and only 1 small tear in the leather, on the drivers seat. Air Conditioning, rear defrost, power windows all work!! I have several other pictures, please feel free to request at anytime.