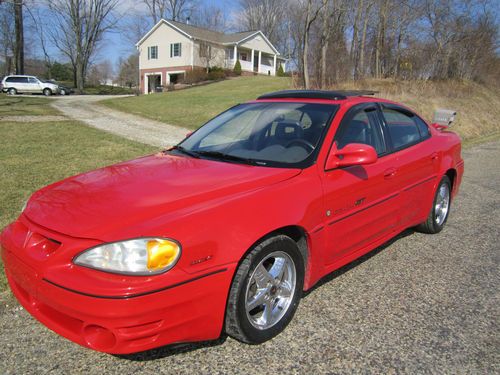 This car is in great shape in and out considering its age and mileage.  It does not need any work to be a daily driver.  It is a rare edition 75th anniversary model. It comes with every option available that year.  It has power windows, locks, mirrors, drivers seat, monsoon cd/cassette stereo with steering wheel controls, cruise, rear defogger, trunk release, sunroof, and V6.  Every option is 100% functional except for the fog lights.  The engine has recently had new head gaskets, intake gaskets, thermostat, rear main seal, timing cover gasket and valve cover gaskets.  It also has had new brakes, tires, battery and a steering rack put in in the last 2 years.

If you want a new car then buy a new car.  Here are some things that make it not like a new car for you who are scrupulous.  The body is still glossy and mostly dent free aside from some small dings here and there, but there are several stone chips on the front of the car and scratches and scuffs in various places.  Sometimes you can hear the front stut mounts squeek.  The ac compressor makes a tiny rustle sound which is barely noticeable.  The brakes pulsate just a tiny bit pretty much only if you get on them hard going above 60 mph.  You don't notice them at slower speeds.

Ask questions before you bid.  There is no negotiating after the sale.  $300 deposit due within 24 hours of auction end.  Balance to be paid within 2 weeks.