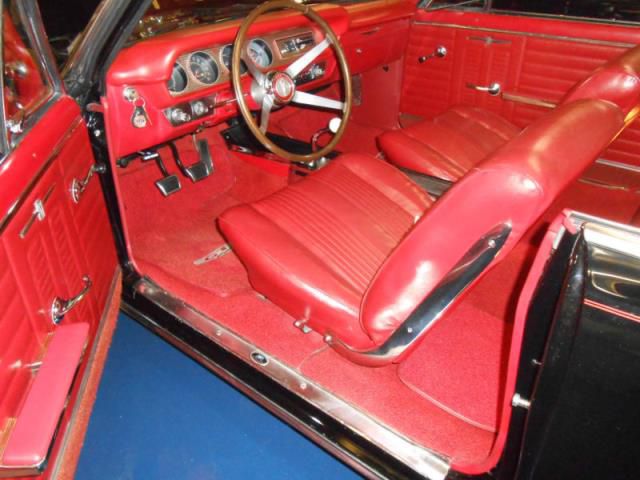 This is one if not the best 1964 in existance. A real GTO Convertible with the 389 cu inch and a 4 speed. Excellent top, near perfect gaps, paint chrome. New tires. It was born with the optional factory tachometer, heavy duty springs & shock absorbers (front & rear), tri-power, heavy duty radiator, ride & handling kit, metallic brake linings, safe-T-track axle, M21 close ration transmission with 390 rear end, red stripe tires, AM radio, power steering and a power top. Optional Wood Steering Wheel and Correct Exhaust Splitters. Restored to a #1 condition. It also has the very rare Wire Spinner Wheel Covers (hubcaps) a opion rarely seen. It has been invited to Concours. Also has the Shop Manual and a Restoration Manual. This is a near perfect 1st year GTO. This car performs as new. Not sure it would be this good from the factory. This is the Holy Grail of mscle cars. Recognized as the 1st muscle car which transformed the automobile industry. NO DISAPPOINTMENTS. Black clear coat over RED interior. Perfectly straight. I have owned this 9 or 10 years. It is coming from my private collection as I am buying some new cars to my collection. I will be selling approx 6 cars to make room in my Mancave. Super Cool 50 year old beauty!!