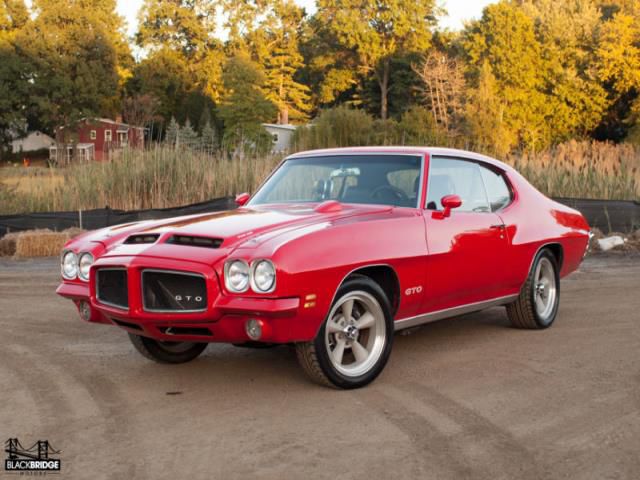 For further questions email me : rolfacculturative2@netcmail.com 1971 Pontiac GTO Coupe This 1971 Pontiac GTO coupe is production number 454 ofjust 9,497 GTOs produced in ’71. Recently pulled from long term storage after being meticulously restored and upgraded, this example has had only a handful of miles put on the chassis and engine since the restoration was completed. Wearing‘Classic Red’ paint by PPG, this GTO. During the restoration, the vehicle was stripped of all paint and any corrosion areas were addressed. The exterior paint displays as new and is able to be brought to a high luster. Paintwork was performed by Ray Kerjean. Chrome and brightwork are in good condition with no major pitting or other corrosion evident. The period correct aftermarket wheels are new equipment and were installed over a high end Wilwood brake kit on both front and rear axles. The interior of the vehicle is free of tears and major defects.