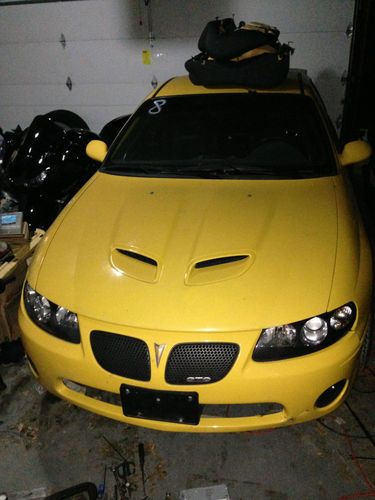 I am selling a 2006 Pontiac GTO with an LS2 Iron block conversion and forged internals with an F1A Procharger. The car has a reinforced frame, Aluminum Drive Shaft and a Solid Axle rear-end conversion. The car has a roll cage and it is backhalfed. I has a clean non-salvage Missouri title with 53128 miles.   I am only selling it to buy a 2014 Stingray.