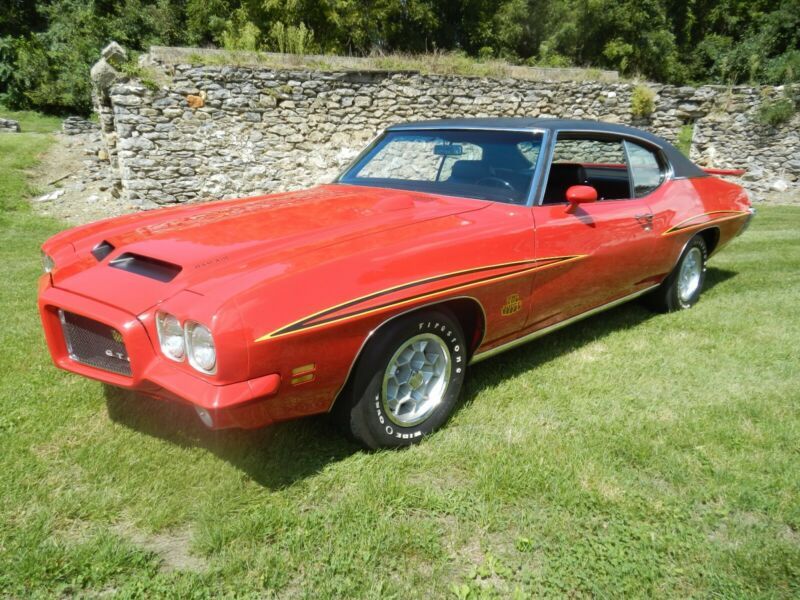 A very rare and special Pontiac from my collection. This 1971 GTO has had a frame off restoration. Runs and drives
as it should. 455 HO with an automatic transmission, air conditioning, tilt wheel, cruise control and an 8-track
players are some of the highlights. Includes a lot of documentation plus the important PHS documents. Only I of 169
produced for 1971, the last time the Judge was offered. PLEASE NOTE that the color was changed during the
restoration to the much better red and black.