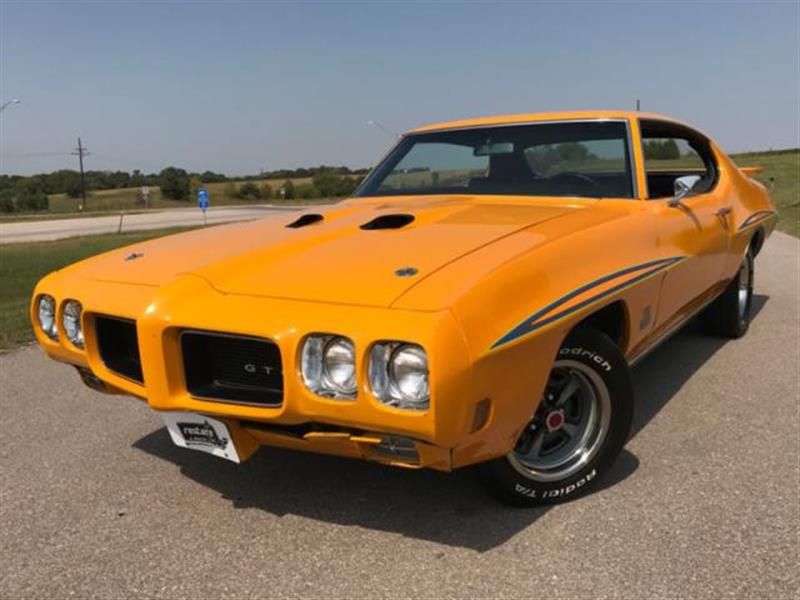 eMail me for more details : katelynryco@geologist.com Restore A Muscle Car | eBay Template --> Year 1970 Make Pontiac Model GTO JudgeColor Orange Mileage 106,207 Transmission type 3 Speed Automatic Engine 400Pontiac Vin 242370R149477 Vehicle Description They just don't come alongthat often, but here is the real deal! A genuine 1970 GTO Judge Ram Air III.This is a two owner car. Current Family has owned this car since 1979. The colorwas changed to Orbit Orange prior to 1979. The original Color was Bermuda Blue.This is one of the Pontiac's that made the GTO a household name. It is onewe would all like to have in our collections! PHS Documented Judge Current ownerhas owned since 1979 Very Solid Car Clean Frame Runs Very Strong - Fast Ram AirIII Pontiac 400 NNM Numbers Matching Automatic Transmission Headers and DualExhaust Holly 670 Street Avenger Carburetor Period - Edelbrock P4B IntakeOriginal RA-III Date Coded No 12 Heads Date Code - 1967 \ Code XJ - 400 BlockPower Disc Brakes and Manual Steering Traction Lock HD rear axle HD RadiatorFactory Tach Soft-Ray Glass Currently Orbit Orange Code 60 Originally BermudaBlue Code 25 Original Black Interior - Code 268 This is a rare opportunity tosnap up a hard to find GTO Please contact us with question. It is available forinspection by appointment. The original engine has been located and may beavailable as an extra cost item. Information will be provided to the new owner.We are always looking for Low Mileage, Original Condition Classic and ModernMuscle Cars. We can make selling your car fast, smooth and simple. Contact uswith the details of what you have to sell. One of our Purchasing Staff will getback to your promptly. Click Here To View High Res Images On Flickr Click HereTo View High Res Video On Flickr Seller Info Restore a Muscle Car is a fullblown restoration