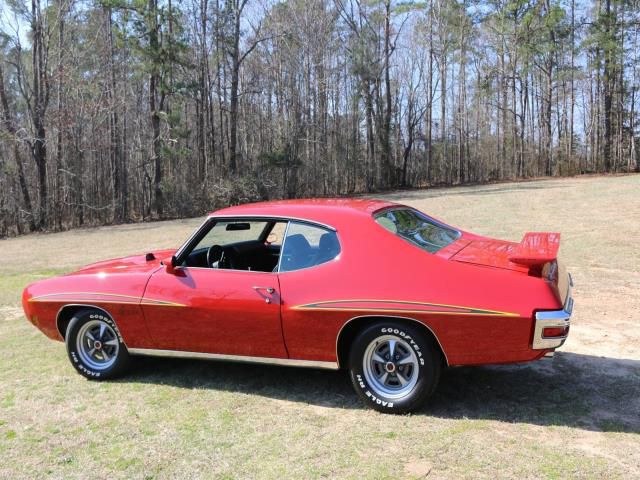 Email me at : devlen_greenbank2@aol.com 1970 Pontiac GTO 455HO. PHS Documented-Very Rare-One of only 1,986 455HO'sproduced Don;t miss out on this VERY RARE 1970 Pontiac GTO 455HO. This car hashas been completely restored in what appears to be a Frame Off clean and extremely fast. Was originally a Hydromatic Automatic Transmission but has been properly convert to the correct 4 Speed transmissionwith a Hurst shifter. Comes with Hood tachometer, gauge package, power windows,power trunk, power steering, power brakes, tinted glass, correct Rally wheels,rear trunk spoiler, stripe package and formula sport steering wheel. VeryCorrect restoration down to the T3 headlights.Buyer must arrange pick up anddelivery. Car drives perfect.