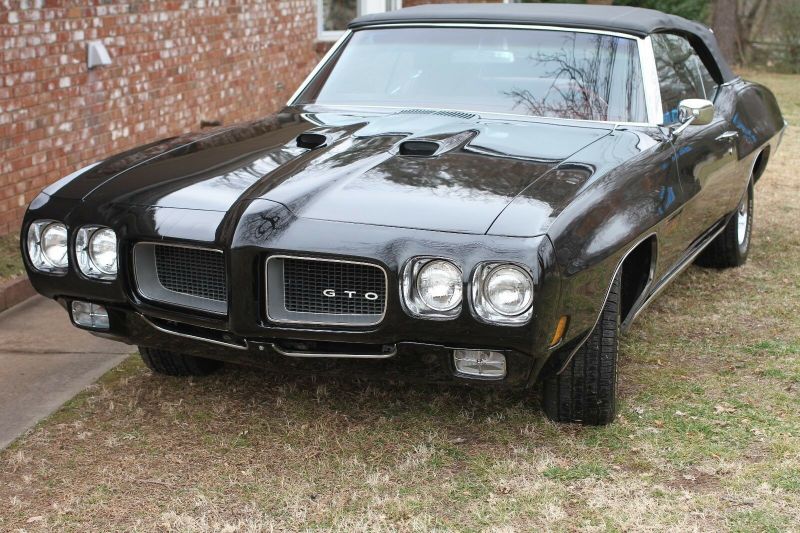 This is an original 1970 Pontiac GTO convertible black on red. The engine has been rebuilt. The upper and lower control arm bushings, ball joints, trailing arm bushings, interior, and convertible top are all new. I also have a brand new GM NOS tachometer. The tachometer and air foil both go with the car. The car runs and drives fantastic.