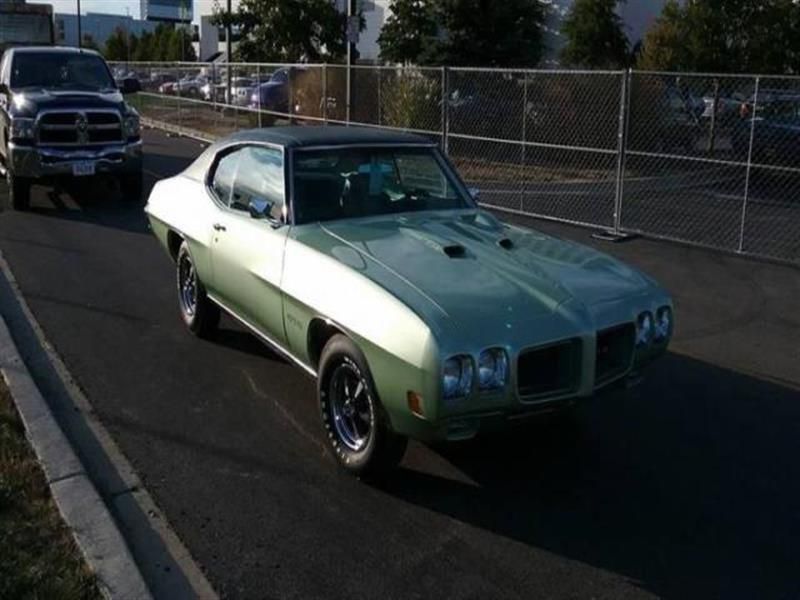 For further questions email me : nikita.helm2@aol.com For sale is a very rare 1970 Pontiac GTO Ram Air IV Four Speed Car HighlyOptioned. This car has just underwent a full frame off restoration with no expense spared. The underside is as nice as the top. This is a very desirable car, they made only 325 ram air iv four speeds cars in 1970. The car is paintedin its factory correct Palisades Green color with the correct factory greenvinyl top. The interior is the correct green interior fully restored with top ofthe line legendary products and the dash was restored by just dashes. The entire car was stripped to bare metal and restored properly. It is painted in base coatclear coat DuPont Chroma Base again top of the line. Low mileage car with justover 51,000 miles on the odometer. Highly Optioned Car with over 21 options