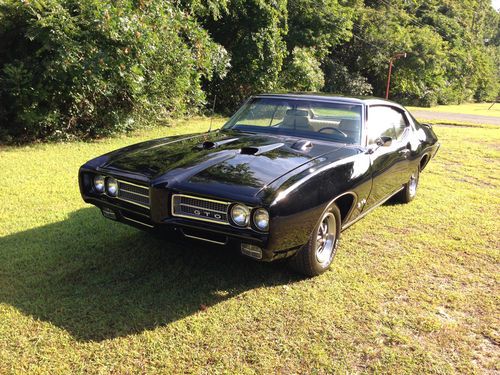 Condition: Used: A vehicle is considered used if it has been registered and issued a title. Used vehicles have had at least one previous owner. The condition of the exterior, interior and engine can vary depending on the vehicle's history. See the seller's listing for full details and description of any imperfections. ...
1969 PONTIAC GTO - ORIGINAL OWNER
COMPLETE MATCHING NUMBERS
PHS DOCUMENTED
STUNNING BLACK & WHITE
M21 MUNCIE 4 SPEED
RESTORED IN 1999 AND GARAGE KEPT
HERE ARE A FEW VIDEOS OF THE GTO
CLICK FOR VIDEO
HERE IS A LINK TO OVER 100 DETAILED PHOTOS
CLICK HERE
NADA VALUED AT $37K
LISTED FOR A QUICK SALE BEFORE DALLAS MECUM AUCTION
PLEASE DO NOT HESITATE TO ASK ANY QUESTIONS