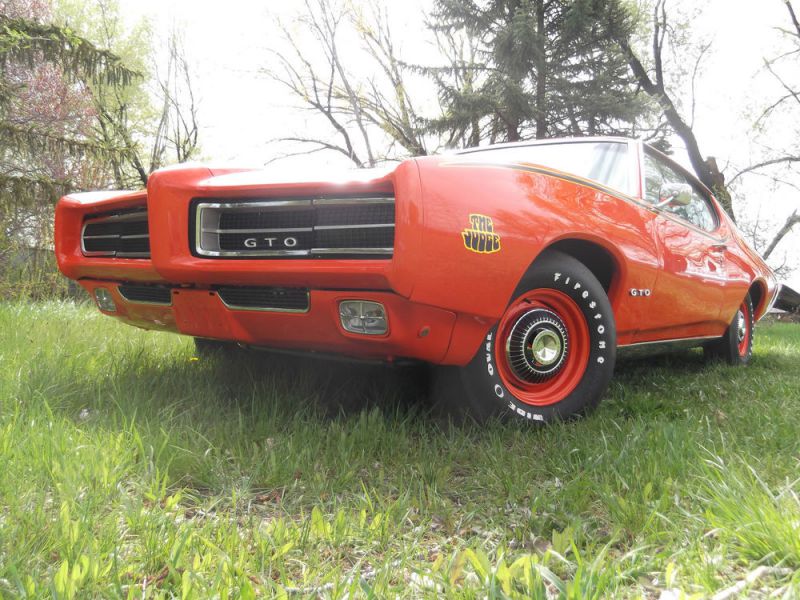 If you have more questions or want more details please email : wilfredowbbyrant@britishforces.com .

1969 Pontiac GTO Judge. Real with PHS. This beautiful judge has just undergone a complete ground up restoration. GM built some of the best ground pounding muscle cars with the GTO Chevelle SS Oldsmobile 442 and Buick GS. The frame was media blasted to bare steel. All bushings and steering assembly bushings have been replaced. Once the frame was repainted and reassembled the entire frame was clear coated to eliminate any deterioration. The body was also media blasted to bare steel and repainted in beautiful base clear urethane paint. This IS a numbers match car. Motor, trans, and rear end. The motor was completely rebuilt, bored .030 over. The crank was turned .020 .020. Then the entire rotating assembly was balanced. a slightly hotter cam was also added. The T-400 transmission was also rebuilt with a milled shift kit added. The car comes with ownership documents going back to 1974. It also has the tank sticker as well as the PHS.
Options include: White interior, T-400, PB Radio, Deluxe belts, Rally gages, 355 Posi, Remote merror, PS, PDB, The Judge, soft ray glass, and console.

This car runs and drives exillent. Everything works as it should.