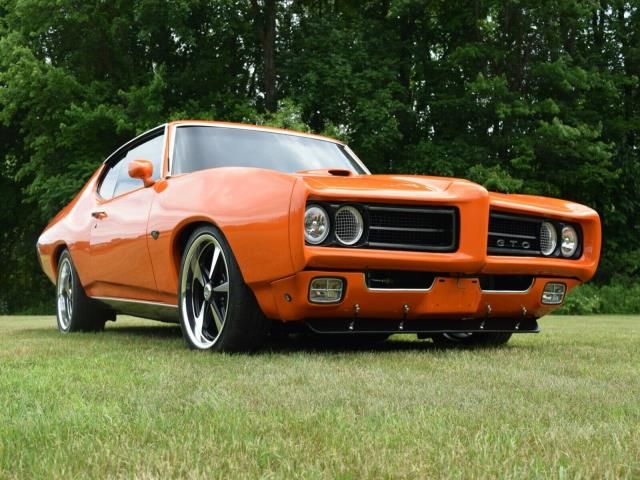 Message me at : abattoir@brusseler.com 1969 Pontiac GTO 6.6L Resto-Mod CHIEF JUSTICE. Starting life as a true ‘242’ GTO factory 400 4-Speed, this Pro Touring machine is worlds beyond what Designer John DeLorean ever dreamed possible. Laser straight panels and tight-fitting body components were refinished with a 1-off paint scheme paying homage to the original carousel red made famous by the JUDGE but with an added modern twist. This Thermal-Orange Pearl beauty is unlike any other GTO on the road. Powered by a built 400ci Pontiac V8 backed by a Solid TH350 automatic and limited slip gear case, housing 3:55 gears, this car performs as well as it looks.