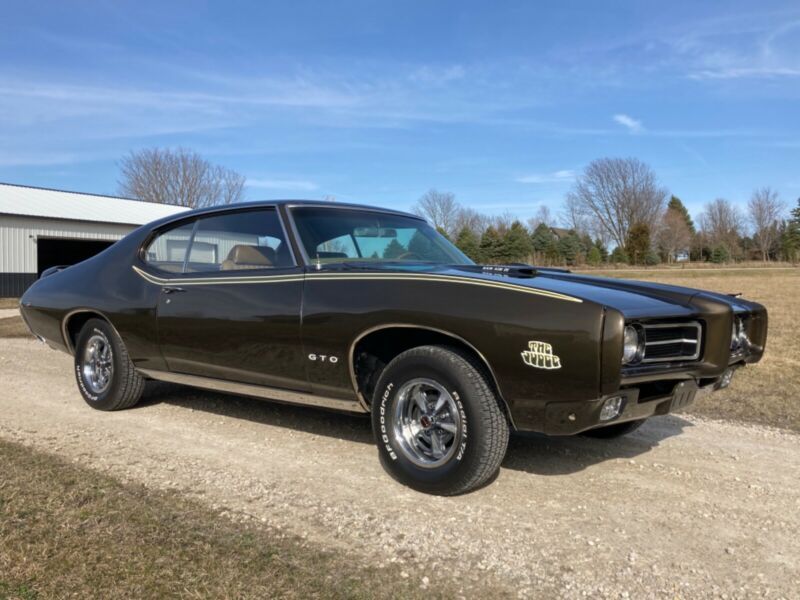 1969 Pontiac GTO Judge Tribute. The car runs awesome and is a blast to drive. The 400 engine was overhauled in
2014. Transmission is the TH400. It has Super 44 Flowmaster mufflers, which sound super tough. Rallye II wheels
with new tires. Body and under carriage are clean. The paint does have a few imperfections and chips. Seats and
dash are in great shape. This is a Tribute GTO, not a true GTO