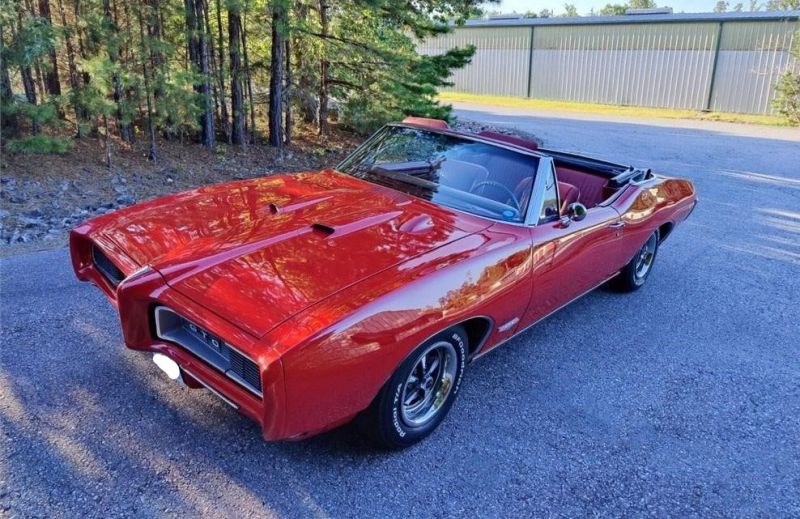 EMAIL : vitituttgan1983@gmx.net This 1968 Pontiac GTO convertible has received a multi-year cosmetic and mechanical restoration under the seller’s 15-year ownership (my father), outfitted with 400ci V8 that has been upgraded with an Edelbrock intake, an HEI distributor, and additional performance components. Power is directed to the rear via a replacement 200R4 4-speed automatic transmission with overdrive and Rally 2 wheels with BFGoodrich tires. Finished in red with a white cloth retractable top over a reupholstered red vinyl interior, this second-generation GTO is now offered with a spare Rally clock, a convertible boot, restoration documentation, with reupholstered fold-forward red vinyl bucket seats up front, split by a center console. Amenities include a tilt steering wheel, an AM/FM radio, and a vinyl-lined trunk containing a Goodyear spare tire.