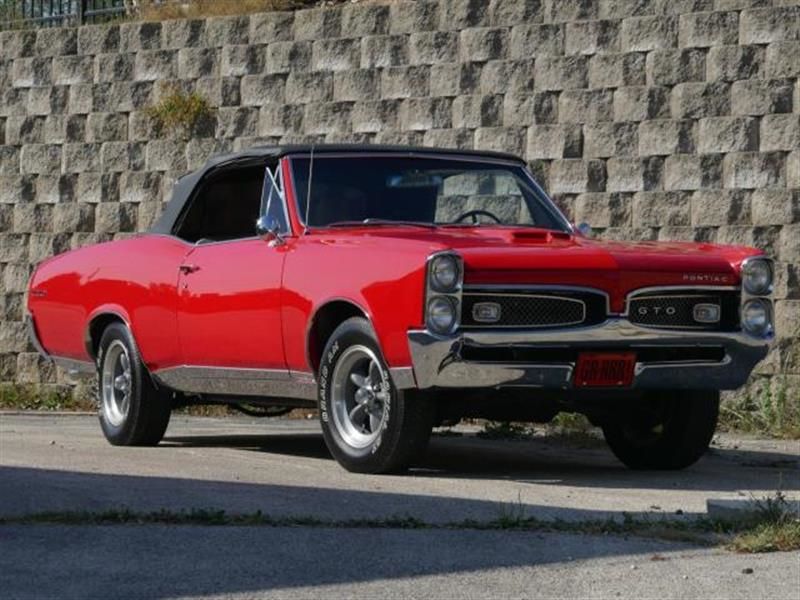 For further questions email me : anderaholmanwibg@linuxmail.org 1967 Pontiac Gto Tribute With New Paint On A Straight Body! New Chrome AllAround.new Rebuilt 455 V8 Engine With An Automatic Transmission. This ClassicHas Power Steering And Power Drum Brakes Along With Power Top And Dual ExhaustThat Sounds Great.the Floorspand/trunk And Rockers On This Convertible Are InGreat Condition As Well.dual Exhaust And Sounds Great (see Is Redone In White And Looks Outstanding! Huge CurbAppeal-newwer Wheels And Tires.this Is A Clone/tribute In Great OverallCondition And Ready For The Car Shows. This Pontiac