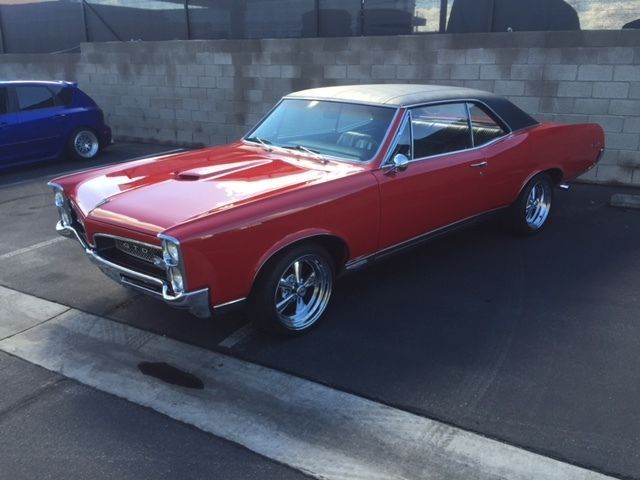 You are looking at one stunning 1967 Pontiac GTO. In addition to the $10+K paint job it has a mildly
modified 455CI engine that makes very nice power and moves the car great. The car sounds great through the
Flowmaster exhaust system. It has a brand new in dash CD DVD flip screen stereo and new rear deck 6x9 speakers.
Power front disc brakes, rear drum brakes. 12 Bolt rear end with 3.73:1 gears and a Turbo 400 transmission. MSD
ignition system, all recently new front steering & suspension components, all new rear control arm bushings and
shocks. The car has a brand new starter and a new Interstate battery. The rear bumper was just replaced due to some
dings. This car runs and drives amazing and will have you cruising this iconic beauty on Route 66 in complete
style. Always grabs attention at car shows.