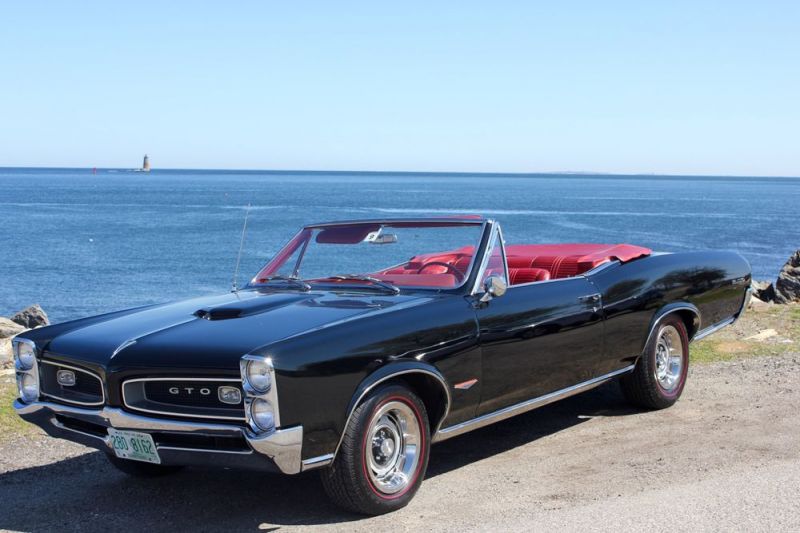 More infos regarding my car at: haydenmarshburn@juno.com .

This is a numbers matching 1966 Pontiac GTO convertible with original interior, one original color respray, and all PHS documentation. It is a mostly unrestored car. Everything I have done to it is with an eye to drivability, it is returnable to completely original in one weekend. It was painted once about 9 years ago, pinstripe removed, very limited bodywork required - body is straight as an arrow. The interior is original and untouched, down to the weatherstripping on the doors and original knobs and buttons. The sticker for the original owner's parking pass from where he worked in is still affixed to the rear view mirror. The knobs and buttons have an original patina, the headlights and brights appear to be original equipment. I have a copy of the original order sheet, original options, owner's manual, PHS documentation, and the warranty card.