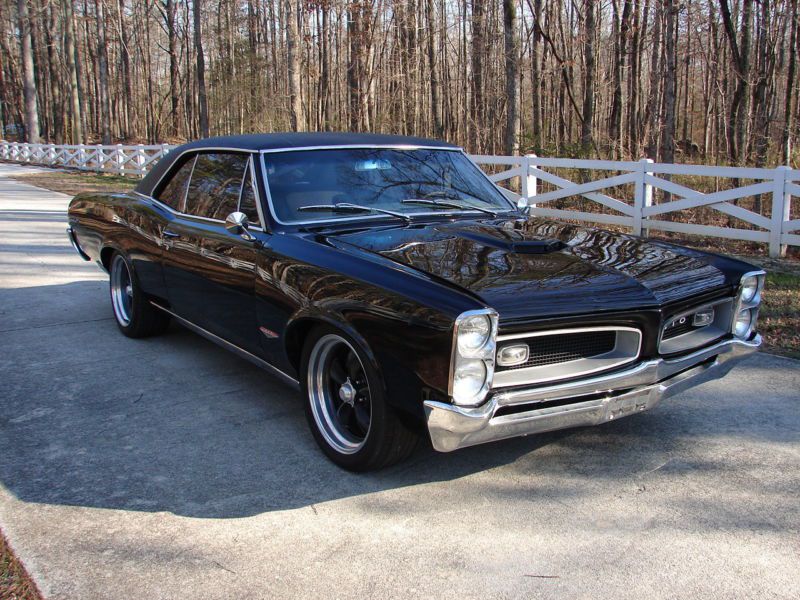 Feel free to ask me any questions about the car : huldahzzimmer@clubaprilia.com .

This is a 1966 Pontiac Lemans GTO, (not real gto by vin) This car was built for the movie Need for Speed, It was
once gold but now its shiny black. (base coat clear coat) The car has a Ls3 engine (going by numbers off the head)
with a tremic 5 speed. It has power steering, power 4 wheel disc breaks +2 more disc breaks on the rear. The front
end has been changed to tubular A frames, nylon bushings. The rear end is a currie 9 inch ford rear end. 3 or 4
inch exhaust system, All gauges in dash work. Drives down the road good. I did not build this car. This car has no
warranty.
1. Paint is not a show paint job, it is base coat clear coat, has been wet sanded and buff.. Has a great shine,
very smooth, very straight down the sides.. I would rate it high 7 out of 10. Very good paint job for a driver.
2. Underneath the car looks super solid, Looks like the two front floor pans have been replaced. No signs of
patches or bondo in the car.
3. The radio doesn't work, horn does not work. Heater does not work.
4. Not interested in trades.
5. Interior is overall in good shape, headliner does not sags or have tears in it. All seats are solid.
6. All chrome and stainless is in good shape 8/10