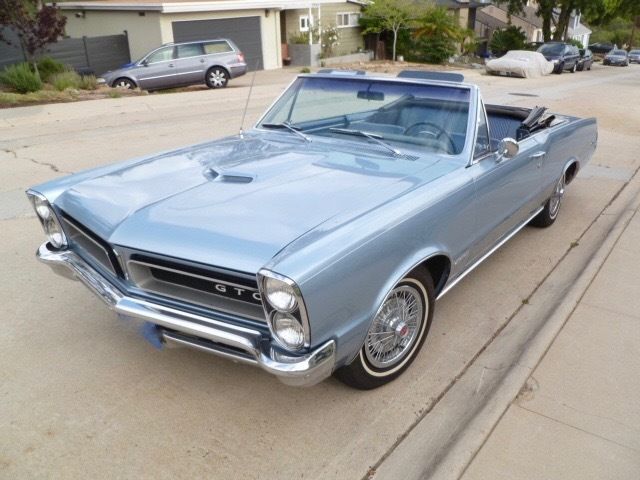 This car has it’s original 389 4 BBL engine and transmission. The rear end is also original. It is PHS
documented and has been garaged as long as I’ve owned it.

The top and interior are all original and in good shape. There is still a factory “OK” stamp on the engine.
The original transmission has been rebuilt. This GTO has been repainted in the original color.

There were some rust spots that were repaired 2 years ago in the left rear-quarter area. The driver’s seat has a
tear at the back of the lower seat cushion.

The vehicle starts, runs, and drives very well. It has been well-cared for and maintained over the years. It has
been a difficult decision to place this pristine vehicle up for sale. Only a true GTO aficionado will appreciate
the originality of this truly beautiful vehicle.