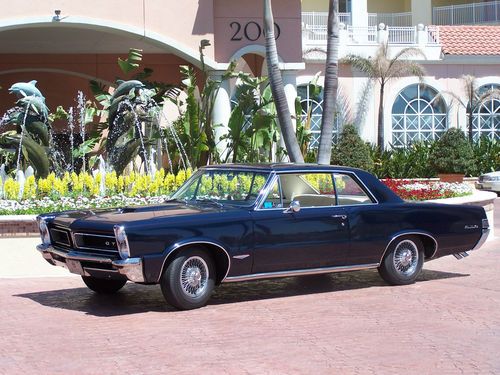 Chirp the tires in all 4 gears! She's ready to roar with the totally original 389 and dual exhausts. Turns heads everywhere she goes!

Appraisers comment: "This vehicle needs some minor cosmetics to become a first place show winner but is an excellent example of the restorers art. It should appreciate in value over the years, as it is garage kept and totally resotred to show shape."

Priced to sell and ready to go! Watch the video and wait for the burnout!

Go to Youtube: 1965 GTO for Sale, posted by NYNick

You won't be disappointed.