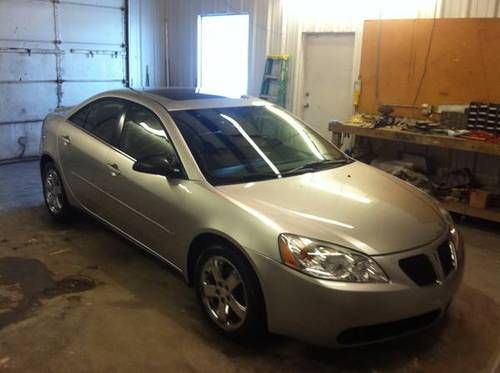 I am selling my 2007 Pontiac G6 GT. It has the 3.5 liter V6 engine. It has leather and sunroof and every option available for that year, they are listed below. It is a very nice car and it runs great. I purchased the car when it had 70,000 miles on it, it now has 135,000 miles on it which are all highway miles. I haven't had any problems at all with this vehicle and it is very reliable. It has a small dent in the hood and a small dent on the bottom side of the fender. other than that the car is in great shape. I may accept a partial trade for some type of musical instrument, just let me know what you have. Im asking $6,700 obo. if you are interested please call the following number: Home# 1-574-376-4164. Or call or text: Cell# 1-574-377-3725 Thanks