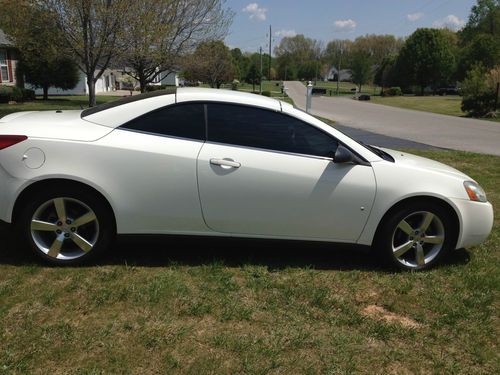 Condition: UsedA vehicle is considered used if it has been registered and issued a title. Used vehicles have had at least one previous owner. The condition of the exterior, interior and engine can vary depending on the vehicle's history. See the seller's listing for full details and description of any imperfections.Seller Notes:"Some curb rash on the wheels and a few paint chips on the exterior. The leather is showing some wear on the driver seat."

This white Pontiac G6 convertible is a two owner with 94000 miles consisting of lots of highway miles. The top works fine. A very sharp sporty car with some paint chips on the exterior and some curb rash on the wheels. The leather is showing some wear on the edge of the driver seat. I prefer local pickup.