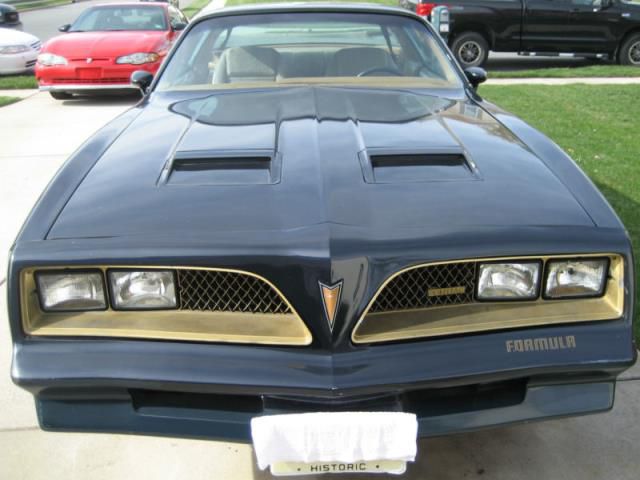 Nice running 455 Pontiac engine with a 3 speed turbo 400 transmission ( shifts very smooth), both are definitely not original but are very fast. Tires are BF Goodrich and are like new, brakes are all in good condition. Exhaust pipes are dual exhaust out the side of the car. There is some rust and bondo repair on the driver's side rear quarter panel and a little rust under the left of the rear windshield. There is a small dent on the passenger door and right rear quarter panel, after all it is a 37 yr. old car. I've tried to show all damage in the photo's. Interior is cloth and is in nice condition with no rips or tears. Does have power windows and power door locks. The radio is an after market JVC with a CD player. The clock has been removed. The A/C compressor and hoses were removed by the previous owner but can be purchased and reinstalled.