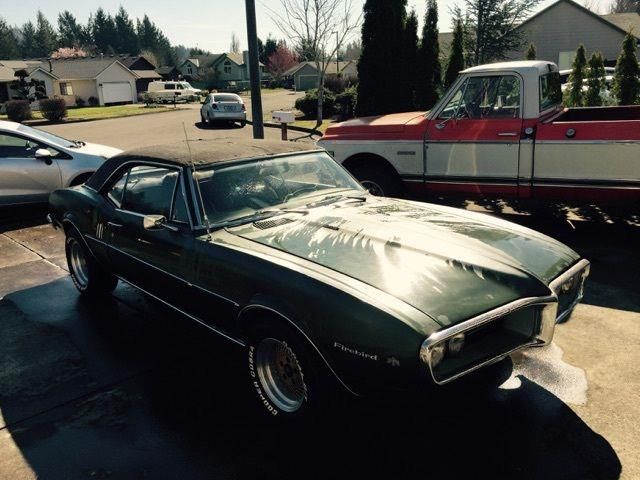 1967 PONTIAC FIREBIRD AND A DONOR SHELL AND A SUB FRAME FROM ANOTHER 1967 PONTIAC FIREBIRD. The donor shell is for parts and is sold with a Bill of Sale. You don't see very many first gen Camaros and Firebirds with the original 4 speed. It even has the rare wood steering wheel. Tires are newer with all tread. I was told that the brakes, clutch and exhaust were all gone through as well. I'll even throw in a new indoor/outdoor car cover made specifically for the car and a set of polyurethane sub frame bushings.