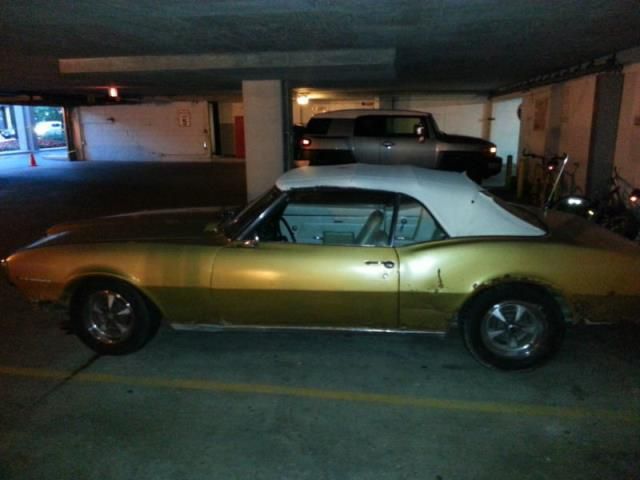 1968 Firebird Convertible automatic with the numbers matching 350 engine . Everything on the car is original