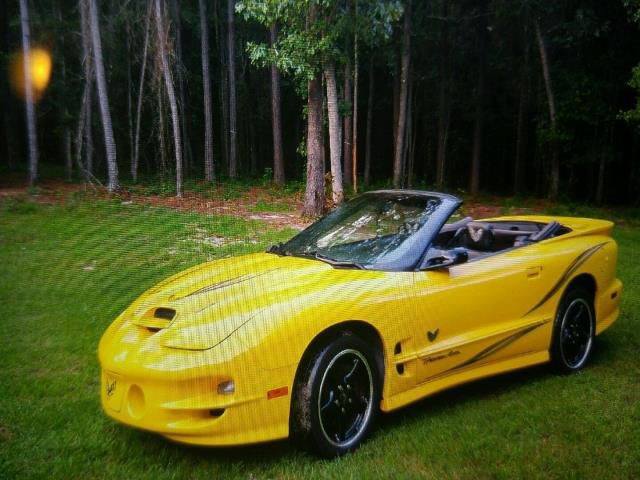 If there is anything specific that you need clarification on, don't hesitate to e-mail me : sheldonycitaylor@hotmail.com

35th Anniversary Trans Am, beautiful condition, driven only 35 miles per week. 5.7 l, 345 hp, I bought this car a little over three years ago. It had just about 49000 miles on it. We took it on a couple vacations and then I only drove it once a week to work to keep the fluids circulated. It was not driven in the winter. I found myself not really driving it because I didn't want the miles on it and really don't have the time to take it car shows either. I love the car and she drives great! She is going in next week to be professionally detailed, then covered and put in the barn til sold. Owners manual included.