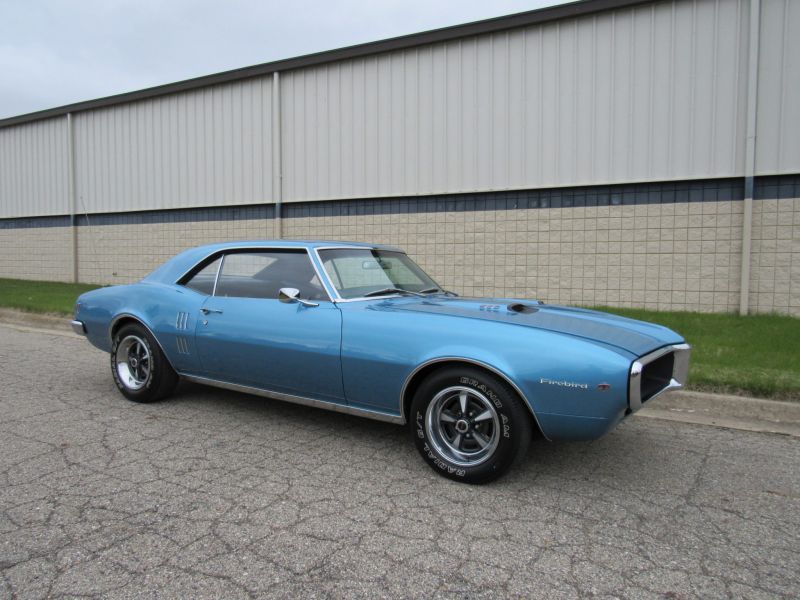 Send me questions at : pranjulyadav680fb@gmail.com This low milleage 1968 Pontiac Firebird is finished in blue over teal vinyl, and its replacement 400ci V8 is paired with a three-speed automatic transmission. The car was been repainted, the engine has been removed and resealed, the front brakes have been converted to discs, and the intake manifold, radiator,coolant hoses, battery tray, battery, radiator, tail pipes, steering wheel, and blower motor have been replaced .