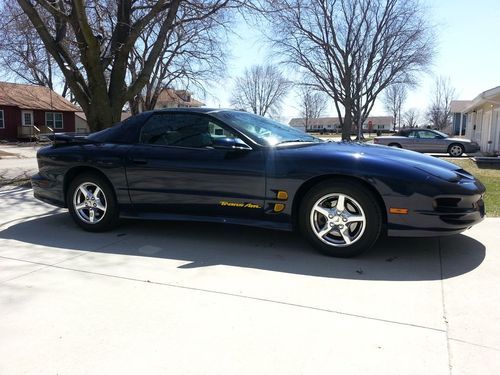 I am selling my 98 Pontiac Firebird Trans Am.  The car is in definitely in above average condition.  The factory chrome wheels are in great shape and it has new BFGoodrich tires not even 200 miles ago.  It had an aftermarket cd player in it (which I still have) that had and i-pod/mp3 player hook up for it, but I put back in it an original, factory correct stereo/cd player so all of the steering wheel controls work correctly again.  An middle/upper aged woman had the car for 7 years before I bought the car.  It has not been worked hard like so many of these cars have.  The money is simply more needed for me right now than the car.  The car is for sale locally so this auction could end early.  Thank you.