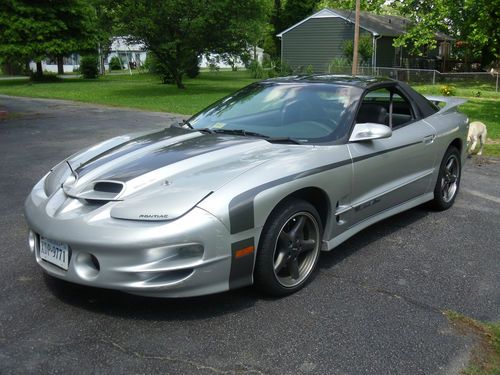 I purchased the car in August 2011 from a dealership. Car's A/C unit was already removed at purchase. The original engine blew a rod through the block 20 miles later. So the car was stored until the court case settled. I purchased the second engine in Septemeber 2012, but soon realized it had a defect, so under warranty, had that engine replaced with the engine in it now in November 2012. At time of installation the engine had 87,000 miles. I have all paperwork and receipts for parts and installation if needed. I would love to continue to rebuild this beast but have to move out of state for work soon.
There are no issues regarding engine but these are all known repairs for the car:
-A/C (if needed)
-O2 Sensor (sluggish on a cold start)
-Power Steering Pump
-Set of Rims (rear driverside slighty bent from curb)
-Muffler (3in single In, Duel Out)
-Shocks
-headlight motor makes noise (fully functional though)
-Scrapes on driver side bumper
-driver side window (slight gap by the side mirror)
If you have any questions or need more details you can email me: bwick777@gmail.com or call me at 804-814-3787 Ask for BJ.