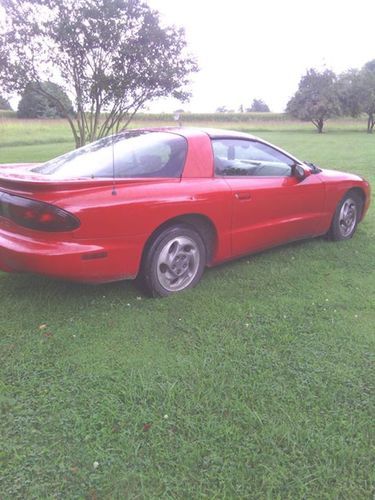 Condition: UsedA vehicle is considered used if it has been registered and issued a title. Used vehicles have had at least one previous owner. The condition of the exterior, interior and engine can vary depending on the vehicle's history. See the seller's listing for full details and description of any imperfections.Seller Notes:"308,000 miles interior worn. air dosent work wipers have scratched windshield"

I got this car on a trade i no nothing about it i drove it about 8 miles.I dont no if this is a formula or if all of this year are formulas. It started and shift gears ok its automatic trans engine run quiet no knocks or noise run smooth to me.The person i got it from just put new plugs and wireing on engine.All lights worked heater worked steered and stopped ok. Interior is rough body looks good dont see any rust to open hood you have to reach under front bumper to pull cable and open.I was told t tops dont leak.when you sit in drivers seat springs must be worn sags down.I will add more pics of interior and exterior.