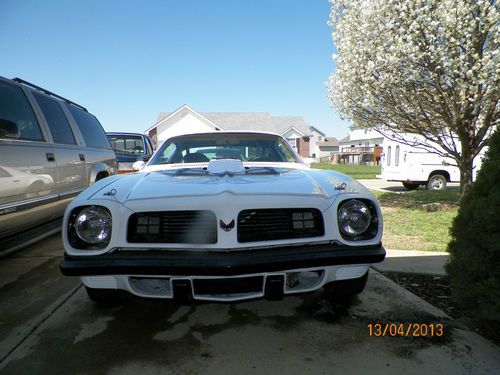 1974 TRANS AM  WITH A 350  RUNS GOOD DRIVES GOOD,GOOD SOLID CAR  A REAL CLASSIC NEEDS A LITTLE TLC BUT OVERALL NICE CAR. DRIVERS SEAT HAS A FEW RIPS,DOORS NEED NEW HINGE PINS PUT IN ,I HAVE NEW ONES FOR THE CAR,THESE CARS ARE DISAPPPEARING QUICK SO BUY A TRUE CLASSIC CAR