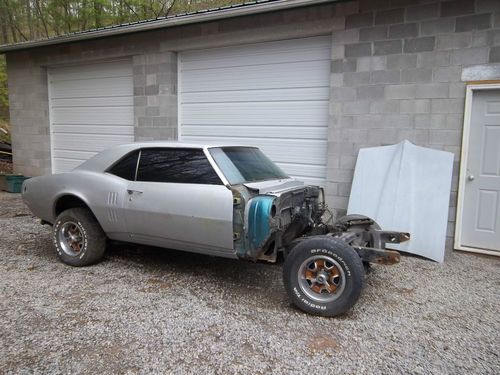 I Have a 1968 Pontiac firebird, needing completely restored. It has a positive tract rear end matching Pontiac rims, and a lot of interior parts.  Head liner and dash pad are in excellent condition. Rear quarters, rocker panels and doors are all good shape. All glass is there ,with a small crack in windshield. Car is being sold as a project car needing completely restored ,but would be a good start on a nice ride. Good Luck and thanks for bidding!