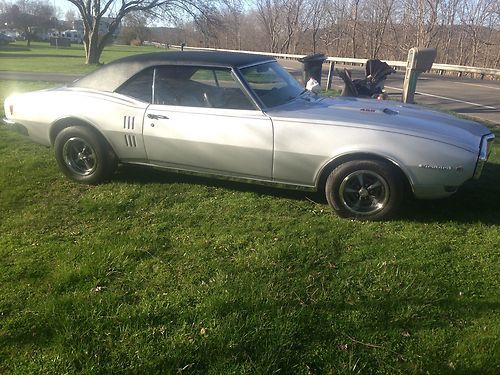 selling my 68 firebird coupe this car was originally green with a 350 H.O. 4spd. PHS documentation included.  Last summer I put a 455 engine in it.  Still has 4 Spd. Engine has new bottom end.  New edelbrock performer Rpm cam, lifters, timing set, and valve springs. 6x heads that were completely redone last summer.  Also has edelbrock performer rpm intake, and 800 cfm performer rpm thunder series carb.   Valve guides were cut down and pc style seals installed.  Paint on car just over a year old.  All new interior and vinyl top.  Car runs excellent. Drives great. Handles tight too!  All the hard work is done.  Now it's someone else's turn to enjoy it!  Might consider trading for a GTO.