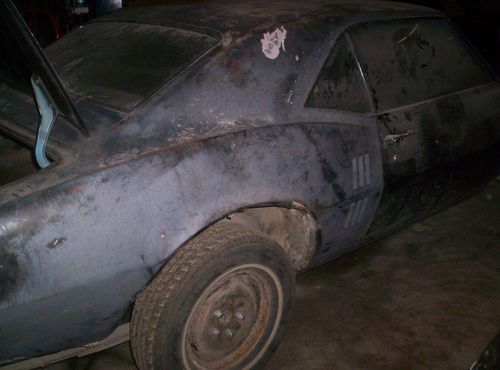 I purchased the car 4 years ago with intent to restore it. Finances aren't going to allow it so it's better to let it go so someone else can bring it back to life. The car is in need of a total restoration. Items that will need replaced both rear quarter panels, outer wheel wells, rear tail piece, both front fenders, trunk pan, small section of floor on drivers side, seats will need to be redone. Someone put a hood scoop on it. No instrument guage in dash. It has a 350 1970's motor in it (not running). Also have a complete OHV 6 4 barrel carb with 3-speed trans that will go with the car.