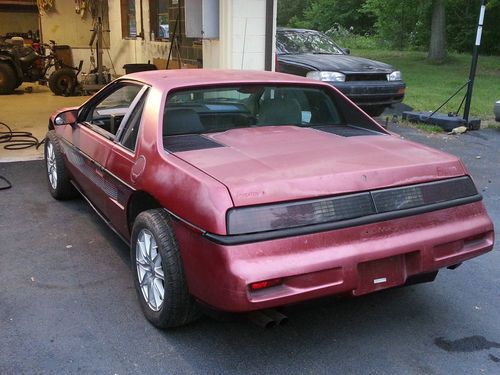 Condition: UsedA vehicle is considered used if it has been registered and issued a title. Used vehicles have had at least one previous owner. The condition of the exterior, interior and engine can vary depending on the vehicle's history. See the seller's listing for full details and description of any imperfections.Seller Notes:"USED"

Im selling my 1988 Pontiac Fiero. Selling as a project or parts car.  I have too many projects right now and want to part ways with this one. It has a manual 4 speed transmission. The car will start but has been sitting a while and will need a fresh battery.  It will need some time, work, and money to be road ready. I know It does need rear axles, belts, alternator and bracket, and good tune up.

I just need it gone.
Thanks For Looking