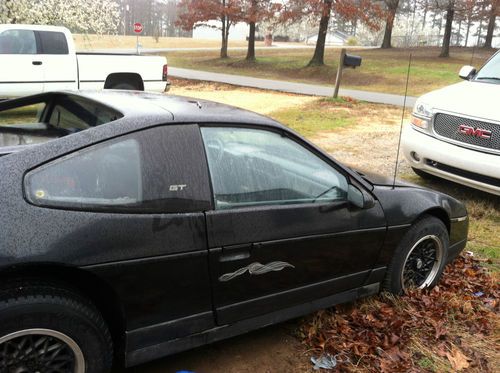 Condition: UsedA vehicle is considered used if it has been registered and issued a title. Used vehicles have had at least one previous owner. The condition of the exterior, interior and engine can vary depending on the vehicle's history. See the seller's listing for full details and description of any imperfections.Seller Notes:"Car does not run-needs mechanical work (engine timing)Needs new tiresFront glass cracked"

I recently rebuilt the engine. All new gaskets, new sensors, etc. The car is almost running. It needs to have the engine timed and the antifreeze line under the drivers side needs to be connected. There is a slight bend in the aluminum coolant line but it is not closed off. It can be easily bent back. Everything needed is there, computer, engine, transmission, the whole outfit. Also included is a spare block, spare crankshaft and several other engine parts. I will also throw in several transaxle boots brand new in the box. The engine turns over and has compression and spark. It just needs to be timed and checked over well. Should be a relatively easy job for a good mechanic. Also there is a spare oil gauge cluster and new seat covers. The car will roll easily in neutral. It is an automatic. Title in hand. I have to sell it because I just found out a while back I have a child on the way. The car is located in Hensley, Arkansas. Pickup only, will not ship or deliver. Thank you for taking the time to look. God bless.